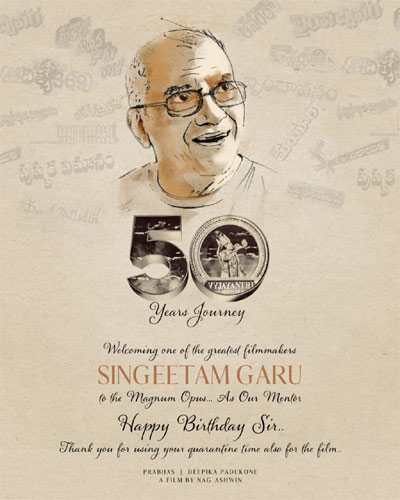 It is a known fact that Nag Ashwin is directing Prabhas for a science fiction film that was announced a few months back. The pre-production of the film is on in full swing and shoot details will be revealed soon.

Meanwhile, the latest we hear is that the makers have roped in legendary filmmaker, Singeetham Srinivasa Rao as the guiding force on this film. The news is that this talented director will help Nag Ashwin with his key inputs on the film.

The makers, Vyjayanti Movies announced this news on the legend’s birthday. This also gives an idea that the film is surely going to be about time travel as Singeetham has already made a film called Aditya 369 which was a solid hit at the box office.