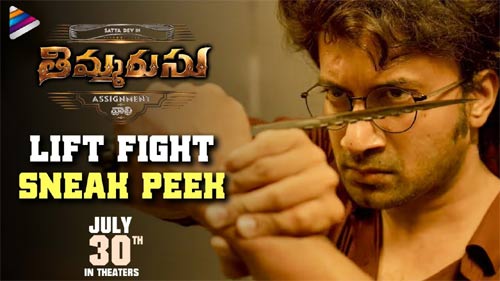 Timmarusu is a film that is up for a big release in theatres on the 30th of this month. The film has Satyadev as the hero and is directed by Saharan.

The promotions of the film are in full swing and the makers today revealed an intense lift fight scene for the audience which looks quite stylish.

The fight also has Jhansi in the scene and she along with her son are escaping the goons and Satydev comes to their rescue and save them in a super manner.

The fight scene looks good and has been composed so well and raises the expectations. The film is produced by Mahesh S Koneru and is a crime drama in the legal backdrop.