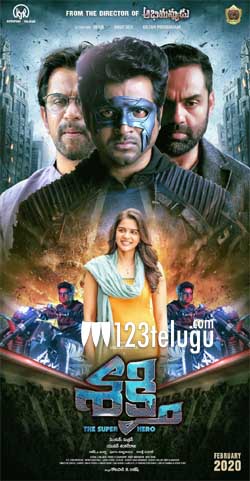 So, continuing the series of suggesting good movies during the lockdown, our today’s suggestion is the Telugu film Shakti. This film was supposed to release during March end in Telugu but got canceled due to the lockdown and is now on Amazon Prime. The film has Shiva Karthikeyan, Arjun, Abhay Deol, and Kalyan Priyadarshan in lead roles. It is directed by the super talented Mithran.

Shakti played Shiva Karthikeyan always wants to be a superhero but everyone ridicules him. When he grows old, he fails to fulfill the job of getting a college admission to a talented girl. He comes to know that there is a mafia(Abhay Deol) behind all this and he transforms into a superhero and sets things right. How does he do that is the story of the film.

The performance of Shiva Karthikeyan as a superhero is pretty good. His act and stunts will be liked by the kids. Also, the basic theme of the film and crime backdrop looks authentic. The chemistry between the lead pair is also good making some fun moments. The roles done by Arjun and Abhay Deol bring a lot of effect to the film. The superhero angle looks quite interesting.

The film has a very good story with a neat message too. The narration wobbles here and there in the beginning but once the tempo is set, the film is easy on you and makes up for a decent watch for kids and elders. A simple happy watch during this lockdown period.