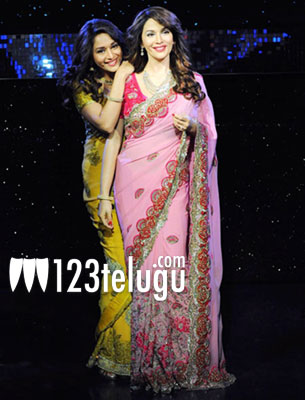 Yesteryear glamour queen Madhuri Dixit still holds a special place in the hearts of millions of Indians around the world. Some years ago, a wax statue of hers was unveiled at the famous Madame Tussauds wax museum but it was met with widespread criticism. The famous museum decided to get a new statue done and this time, they got it right!

The statue looks splendid and the resemblance to Madhuri is almost eerie. The statue was unveiled today afternoon in London and the event was graced by a visibly delighted Madhuri. Check out the photo folks.