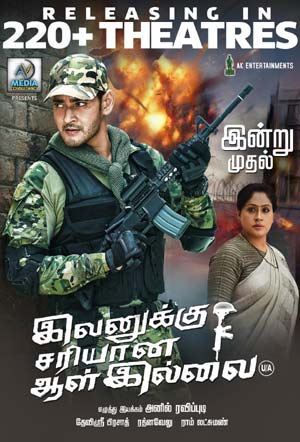 We had already reported that Mahesh Babu’s Sankranthi blockbuster, Sarileru Neekevvaru, has been dubbed in Tamil as Ivanukku Sariyana AalIllai. The film has finally hit screens across Tamil Nadu today.

Whether or not this Anil Ravipudi directorial will manage to impress the Tamil audience remains to be seen. The film has Rashmika Mandanna as the female lead.