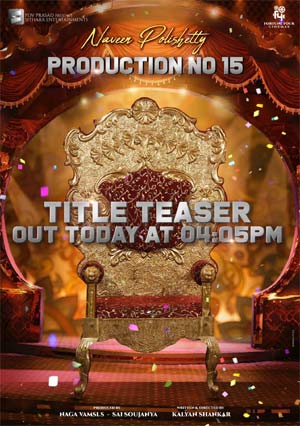 The makers have officially announced that they will reveal the title of the movie in the form of a special teaser at 04:05 PM.

Produced by Sithara Entertainments and Fortune Four Cinemas, the comedy entertainer is directed by Kalyan Shankar. The rest of the cast and crew might be revealed along with the title.