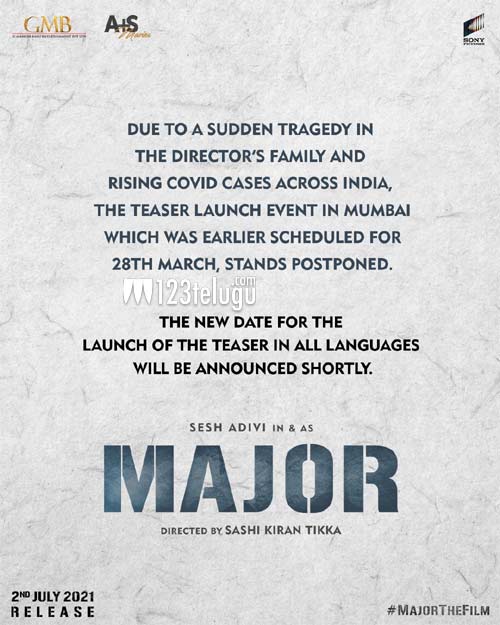 The teaser for Adivi Sesh’s Major, the much-awaited biopic on 26/11 Mumbai Terror Attacks hero Major Sandeep Unnikrishnan, was scheduled to be launched on March 28th at an event in Mumbai. However, the makers have just announced that the event has been postponed for the time being.

The makers cited a sudden tragedy in the family of the film’s director Sashi Tikka and the rising number of COVID cases in Mumbai as the reasons behind this unexpected postponement of the teaser launch. A new date will be announced soon.

Major is being made as a pan-India film and the film will be hitting screens on July 2nd. Sobhita Dhulipala and Saiee Manjrekar are the female leads in the movie. Sony Pictures India, Mahesh Babu’s GMB Entertainments and AplusS Movies banners are jointly bankrolling the film.