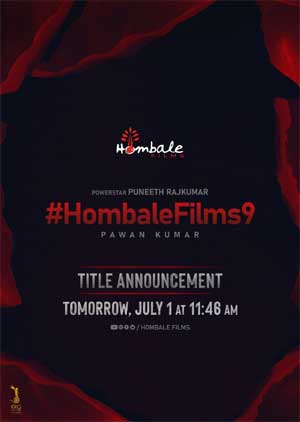 Hombale Films became a big name in the country post their film KGF. The second part is also ready for release and now, they are all set to announce a big film tomorrow.

The film will have Kannada power star Puneeth Rajkumar as the lead. The film will be announced tomorrow. Pawan Kumar will be directing this biggie.

The film will also have a big simultaneous release in Telugu and that is the reason, there is a lot of hype for it. More details of the film will be out tomorrow.