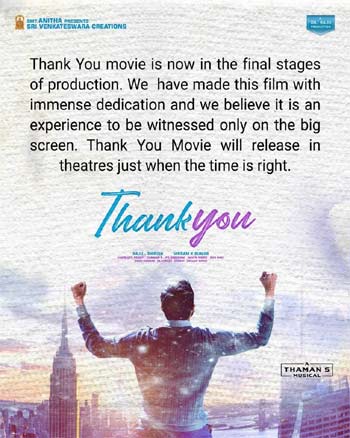 Thank You is a film that Chay Akkineni has pinned a lot of hopes on as he has a dream role in the film which is being directed by Vikram Kumar.

The film is done with its shoot and the post-production is in full swing. Since the last few days, there have been rumors going around that the makers have opted for an OTT release and will announce the date soon.

Now, reacting to these rumors, the makers have strongly condemned the reports and said that the film will be out on a big screen as the content of the film itself is set for the theatre experience.