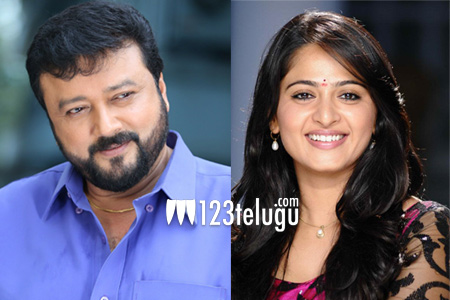 Recently, Anushka’s ambitious high budget flick, Bhagmati, was launched formally in a low-key affair. To be directed by Pilla Jamindar fame Ashok, this female oriented film will be produced by UV Creations.

According to the latest reports, national award winning Malayalam star Jayaram has been roped in for a crucial role in Bhagmati. Jayaram is well known to Telugu audiences through his roles in Kamal Haasan’s Panchatantram, Tenali, Uttama Villain and Vijay’s Thuppakki. He was honoured with Padma Shri award in 2011.

Keep watching this space for more details about the film’s cast and crew.