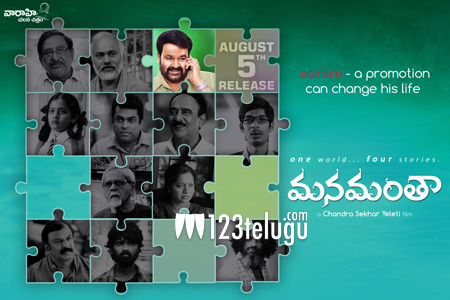 It is a known fact that Mohan Lal is doing an interesting film in the direction of Chandrasekhar Yeleti. Titled Manamantha, this film is now set for a release on the 5th of August.

Initially, the film was supposed to release on August 12th but as the venky stareer Babu Bangaram is coming on the same date, the makers have chosen August 5th as the release date.

Star Tamil actress Gauthami plays an important role in this film which is produced by Sai Korrapati.