Manchi Rojulochaie’s fun and promising trailer out now
Published on Oct 14, 2021 9:07 am IST 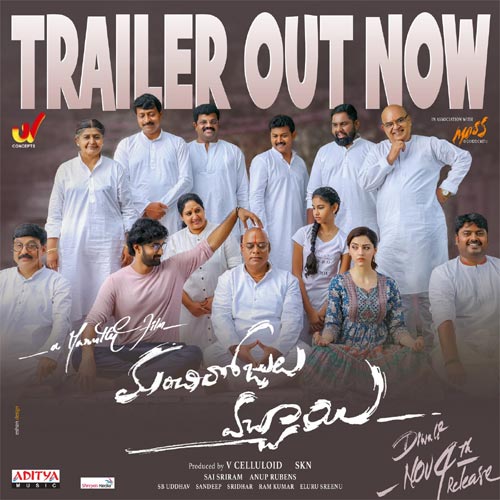 Young actors Santosh Shoban and Mehreen Pirzada will next be seen in director Maruthi’s upcoming romantic entertainer, Manchi Rojulochaie. The film’s theatrical trailer has been released this morning.

Manchi Rojulochaie’s trailer showcases a breezy romance between its lead pair, Santosh and Mehreen. They work at an MNC and fall in love with each other. The fun is generated through the conflict with Mehreen’s father who vehemently opposes their relationship. On the whole, the trailer promises an out-and-out entertainer in cinemas this Diwali.

Manchi Rojulochaie is slated for release on November 4. Vennela Kishore, Sapthagiri, Viva Harsha, Srinivas Reddy, Sudharshan, Ajay Ghosh and Praveen will be seen in key roles. The film is produced jointly by V Celluloid and SKN and presented by UV Concepts and Mass Movie Makers. Anup Rubens has composed the music.