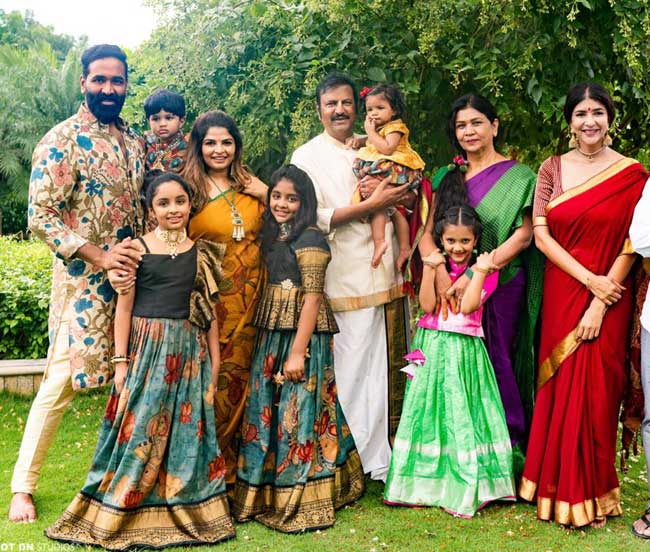 This Vinayaka Chavithi, the Manchu family planned something different and released a special audio story in which veteran hero Mohan Babu narrated the significance of Vinayaka Chavithi. And today, they had a traditional puja at their residence on the outskirts of Hyderabad.

Mohan Babu, his wife, daughter Lakshmi Manchu and her daughter, Vishnu Manchu and his wife and four children were dressed in completely traditional and colorful attire. Several pictures of Mohan Babu offering prayers, with all his family members sitting around are making a splash on the internet. 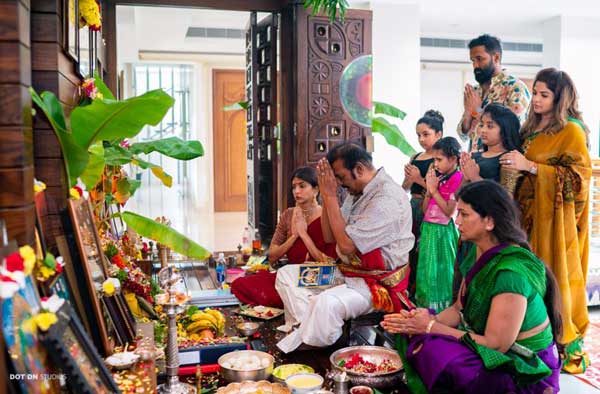