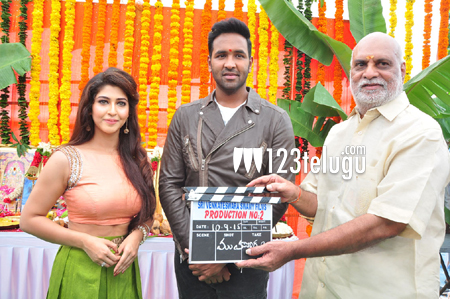 Manchu Vishnu earned a good name for his power packed performance in Dynamite. He is now gearing up for his upcoming film which was launched earlier today.

Touted to be an romantic entertainer, this film has Sonarika as the female lead. G. Karthik Reddy directs this film which is produced by Palli Keshav Rao and D.Kumar.