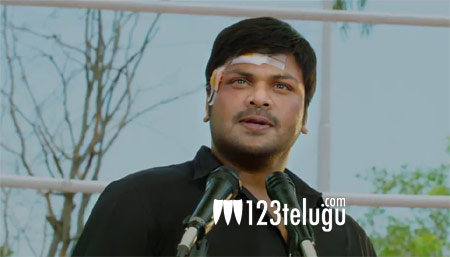 Manchu Manoj’s upcoming war drama, Okkadu Migiladu, has been making a lot of noise ever since the film’s intense theatrical trailer was unveiled yesterday. Today, Manoj and the film’s team were in Chennai to release the teaser of Okkadu Migiladu’s Tamil version, Naan Thirumba Varuven.

Speaking at the teaser release event, Manoj revealed that they are planning to send the movie to several prominent international film festivals. Okkadu Migiladu is based on the Sri Lankan civil war. Manoj will be seen in dual roles, LTTE Chief Velupillai Prabhakaran and a college student, in the movie.

Debutant Ajay Andrews Nuthakki has directed the movie which stars Anisha Ambrose as the female lead. SN Reddy and Lakshmikanth have jointly produced the movie. The film is releasing on September 8th.