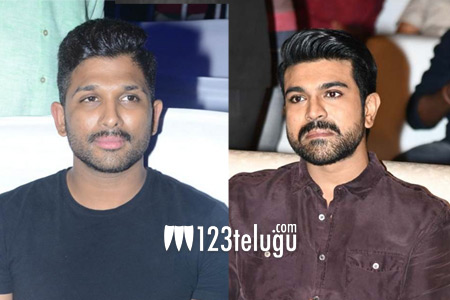 After NTR attended the audio launch of Bharath Ane Nenu and started a new trend, looks like things are happening only for the good. The latest we hear is that Ram Charan will be attending the pre-release event of Na Peru Surya which will be held in Hyderabad on the 29th of this month.

Ram Charan is flying high with the success of Rangasthalam and the new is that this event will be held on a very grand note. As the film is gearing up for a massive release on the 4th of May, things have caught on quite well all over.

Vakkantam Vamsi directs this film which is being produced by Lagadapati Sridhar and Bunny Vas.