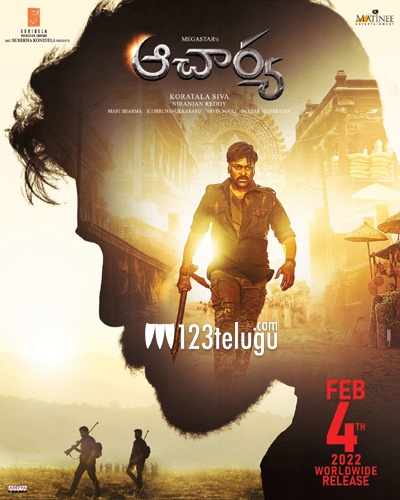 Here comes the big breaking update on Megastar Chiranjeevi’s highly-anticipated social drama, Acharya. The makers of this high budget entertainer have just announced that the film will be opening in cinemas worldwide on February 4, ending the days long speculations. A striking new poster has been unveiled to announce the same.

Until recently, there have been a lot of speculations that Acharya will be hitting the big screens in December, leading to a clash with Allu Arjun’s Pushpa. However, fans and trade circles can now heave a huge sigh of relief with the clash being averted.