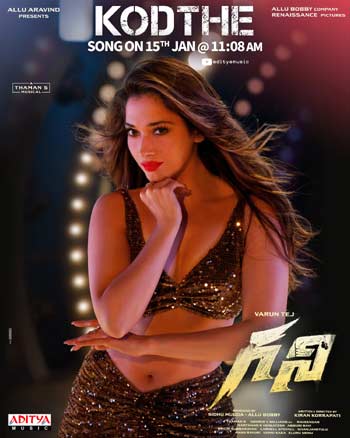 Mega Prince, Varun Tej’s upcoming sports drama, Ghani, directed by Kiran Korrapati, is in news again. Today, the makers have announced that the second song from the movie will be out on January 15 at 11:08 AM.

Composed by the music sensation, Thaman S, the song titled, Kodthe, has a special surprise. Sizzling beauty, Tamannnaah Bhatia will sizzle with Varun Tej for this special song.

To recall, they both shared screen space in F2 and F3 directed by Anil Ravipudi. The makers are confident that the song will become a huge hit because of the star heroine.