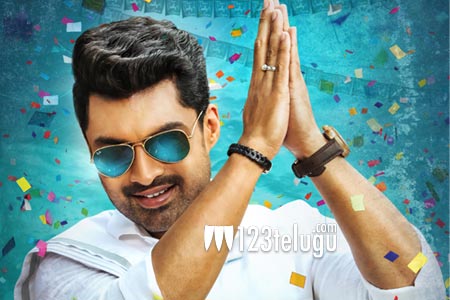 After more than a decade, since their 2007 film, Lakshmi Kalyanam, Nandamuri Kalyanram and Kajal Aggarwal have teamed up once again for an out-and-out entertainer, titled Manchi Lakshanalunna Abbayi (MLA). The film’s teaser was unveiled on Bhogi and received a positive response.

Tomorrow, MLA’s makers will be releasing the film’s first single ‘Most Wanted Abbayi’ at 5 PM. Kalyanram will be seen in a political leader’s avatar in the film, while Kajal is playing an NRI billionaire’s daughter.

Debutant Upendra Madhav is directing MLA, while Bharat Chowdhary and Kiran Reddy are bankrolling it. Manisharma is the film’s music composer.