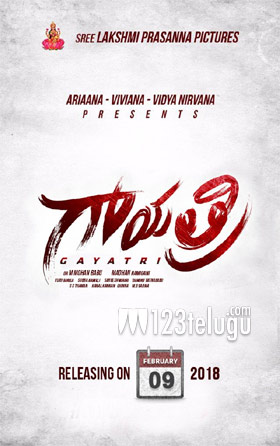 Veteran hero Mohan Babu is making his silver screen comeback after nearly two years since the release of Mama Manchu Alludu Kanchu in 2015. This morning, the multifaceted star took to Twitter and announced that Gayathri will hit the screens on February 9, 2018.

Gayathri is touted as an emotional family drama. Mohan Babu’s son Vishnu Manchu and Shriya Saran will be seen in a special roles, along with Anasuya and Meda Meeda Abbayi fame Nikhila Vimal, who are essaying crucial roles in the movie.