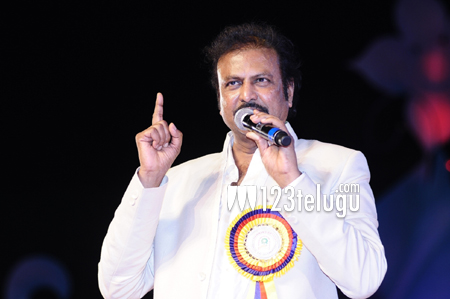 On June 1st midnight, India officially got its 29th state in the form of Telangana. TRS president KCR has sworn in as its first Chief Minister of the state along with his 11 ministers.

On account of this occasion many Tollywood celebrities are conveying their wishes. Tollywood producer and hero Dr. Mohan Babu congratulated the people of Telangana and also the Chief Minister of the new born state KCR.

Mohan babu expressed his confidence on the new government that it will work for the welfare of Telangana people. He also paid homage for the martyrs of Telangana who worked hard for a separate state.