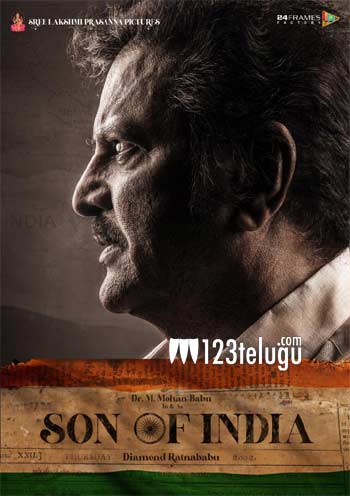 Senior hero Mohan Babu’s new film has been announced this morning on the occasion of India’s 74th Independence Day. Titled Son of India, the film seems to be full of patriotic flavour. The first look poster that’s been unveiled showcases Mohan Babu in an intense avatar.