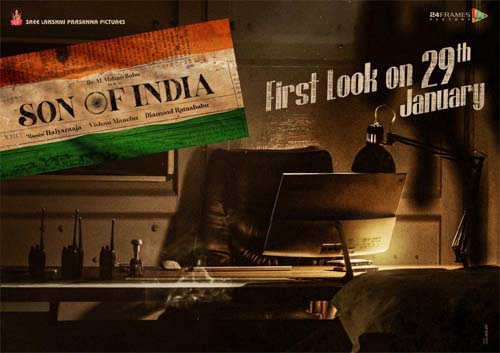 The stage is all set for the release of the first look poster for veteran actor-filmmaker Mohan Babu’s new film, Son of India. This patriotic drama’s first look will be unveiled on January 29 at 10 AM. Interestingly, apart from playing the main lead, Mohan Babu has also penned the screenplay for the movie.