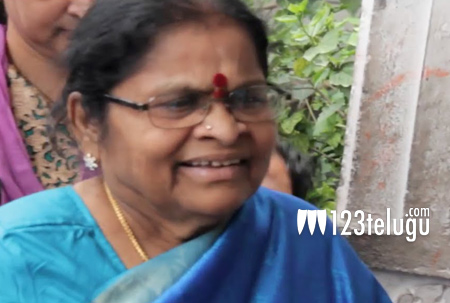 Millions of ardent fans are highly excited about Megastar Chiranjeevi’s much-awaited 150th movie, Khaidi No.150. The film, which marks Chiru’s comeback to movies after 9 long years, released this morning and received a stupendous response from fans.

How can Chiru’s mother Anjana Devi be aloof from all the euphoria surrounding her son’s film? Today, Anjana Devi watched Khaidi No.150 along with a few Mega family members, including Allu Arjun and Surekha.

Speaking to media after the screening, Anjana Devi expressed her excitement saying that her son has set the silver screens ablaze with his dances and fights even at the age of 61. The proud mother further said that Chiru has given his fans the real Sankranthi treat.