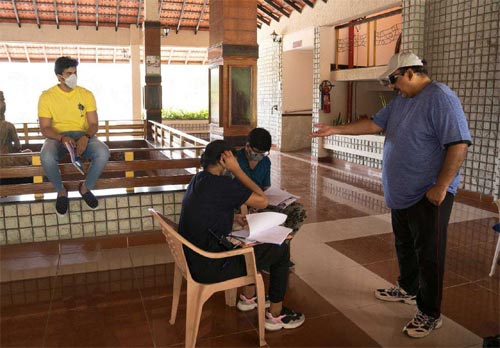 Following the decent response for his recent directorial, Dirty Hari, veteran filmmaker MS Raju took no time to announce his next directorial venture. Titled 7 Days 6 Nights, the film is touted as a youthful entertainer like Dirty Hari and it has elements like romance, comedy and emotions.

7 Days 6 Nights’ shoot kick-started on the 21st of June in Hyderabad, and the shooting is currently underway in full swing. The ongoing schedule will last until July 10. The makers will then move to Goa on July 15. A few more crucial schedules in Mangalore, Udupi, Andaman and Nicobar Islands will follow for nearly a month.