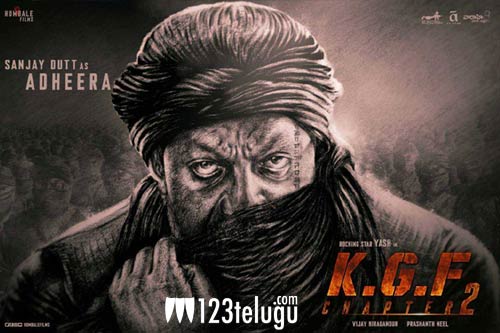 KGF Chapter 2’s first look poster, featuring Sanjay Dutt as Adheera, was unveiled earlier today to a massive response. And the latest update is that the sequel has successfully completed two crucial schedules in Mysore and entered the third schedule. A lavish set is erected in the Kolar Mines in Bengaluru for the upcoming schedule.

Furthermore, KGF Chapter 2 will also be shot in Hyderabad from August 23. After shooting for a week, the unit will shoot Sanjay Dutt’s scenes in the Bellary Mines in September. The entire shooting part will be wrapped up by October and the movie will hit screens in summer, 2020.