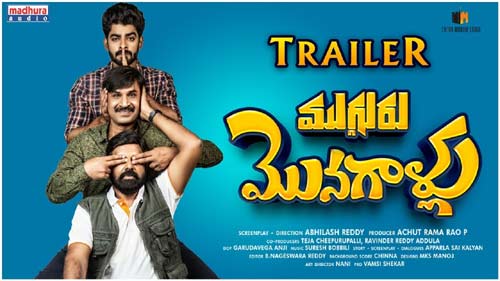 The fun generated through these protagonists who are physically challenged and the police investigation track involving the mysterious deaths in Hyderabad promise an intriguing and fun-filled thriller in cinemas. Noted actor and journalist TNR, who passed away recently after a battle with COVID, seems to have played a crucial role in the movie.

Abhilash Reddy is the director and Achuth Rama Rao is the producer of Mugguru Monagallu. The film has been bankrolled under the banner Chitra Mandhir Studio. Suresh Bobbili is the music composer. The film’s post-production work is underway these days.