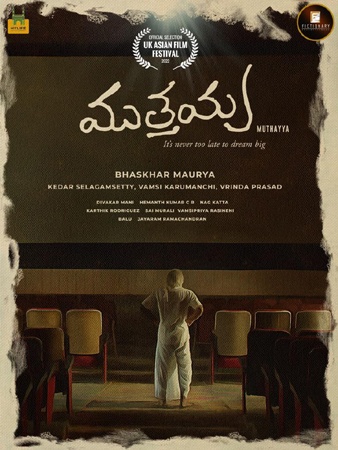 Muthayya, a Telugu indie feature film, caught netizens’ attention today on social media with its endearing teaser. The film is about a 70-year-old man Muthayya whose ultimate dream is to become an actor.

Set in rural Telangana, the film has K Sudhakar Reddy playing the titular character and the subtle comedy that has been showcased looks good.

Vrinda Prasad has produced the film under the Fictionary Entertainment banner, and Kedar Selagamsetty & Vamsi Karumanchi are presenting it under Hylife Entertainment Pvt Ltd banner.