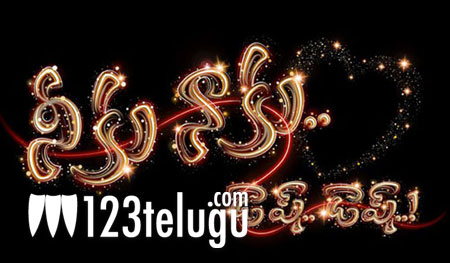 The very interestingly titled ‘Naaku Neeku Dash Dash’ is gearing up for a release in the last week of March. The movie has been directed by veteran director Teja and the film has an all new star cast. Teja has a knack for introducing youngsters successfully and he is hoping to repeat that success with this movie. Sources familiar with the project say that the film is a youthful romantic entertainer.

Music has been scored by a new comer. The movie is being produced by V. Ananda Prasad of Bhavya Cements. The actors for this movie were selected on the basis of a talent hunt and the movie has been shot extensively in Hyderabad and Visakhapatnam