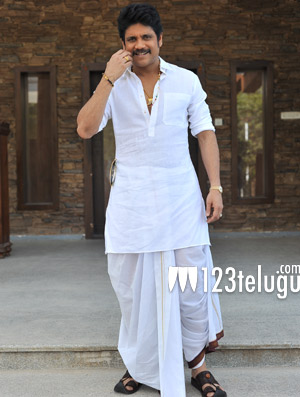 Akkineni Nagarjuna’s wholesome family entertainer, Soggade Chinni Nayana, is gearing up for a January 15 release as a Sankranthi treat. Recently, the makers unveiled the film’s theatrical trailer to a decent response. Fans are once again thrilled to see Nagarjuna playing dual roles as father and son.

This evening, Nag released a short video in which he introduced the son’s character, Ramu, in the film. Nag explained that Ramu is an innocent and a pure-hearted doctor who is always into his research and also quite shy around women, including his wife. Ramu is completely opposite to his father, a flamboyant Bangarraju. Nag said that he quite enjoyed playing Ramu.