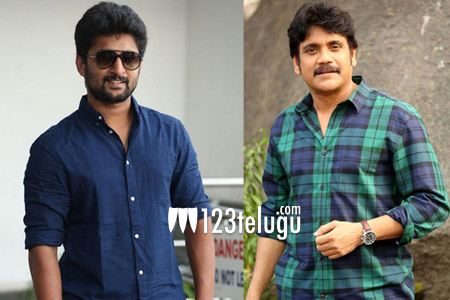 Nagarjuna and Nani’s ongoing multi-starrer in young filmmaker Sriram Adittya’s direction is nearing completion. The makers have wrapped up nearly 65 percent of shoot so far, and the entire production formalities will be completed by July end or early August.

In the movie, Nag plays a gangster while Nani will be seen in the role of a doctor. Nag had said earlier that the film will be on the lines of the ‘Munnabhai’ franchise. Rashmika Mandanna and Akanksha Singh are the film’s leading ladies.

Veteran producer Ashwini Dutt is bankrolling the movie under Vyjayanthi Movies banner. Tentatively titled Devdas, the film is slated to hit the screens on September 13 tentatively.