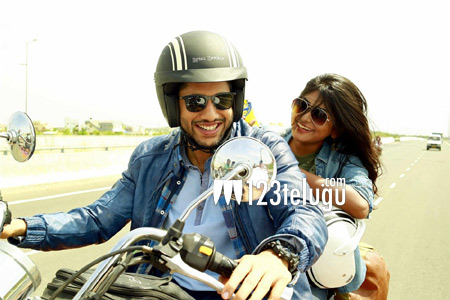 Five years after the successful romantic entertainer, Ye Maya Chesavae, Naga Chaitanya has once again teamed up with Gautham Menon for Sahasam Swaasaga Saagipo. The film completed a major part of its shooting in picturesque locales in Chennai and Kerala. Today, the film’s producer announced that the film is currently in the final schedule since 11th October.

Sahasam Swaasaga Saagipo is a feel good love story laced with action elements and it is being produced by Miriyala Ravindar Reddy and Sunita Tati on Guru Films banner. Malayali actress Manjima Mohan makes her Telugu debut with this film. The makers are planning to release the audio composed by AR Rahman in November and the film will hit the screens in December.