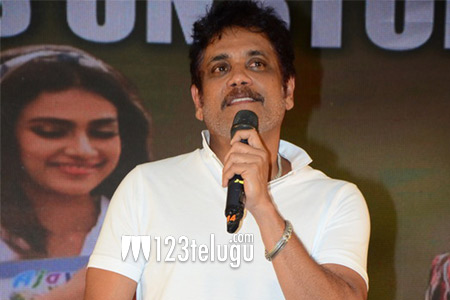 The entire team of Deva Das met today to celebrate the success of their film. Producer Ashwini Dutt revealed that he is very happy with the way his film worked out with the audience and box office.

King Nagarjuna said that he always wanted to work with Nani from a long time as he was very fond of his acting. Nag said that Nani’s acting reminds him of his dad’s yesteryear performances which used to be quite natural.

Sriram Aditya and Rashmika thanked the audience for making the film a good hit at the box office.