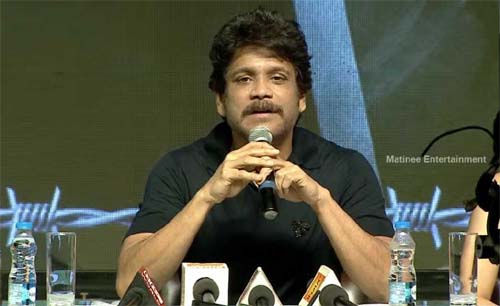 Due to the lockdown, Nagarjuna’s much-awaited action thriller, Wild Dog, was supposed to have its world premiere on Netflix. However, it was reported on Valentine’s Day that Wild Dog will first be released in cinemas on April 2nd.

Confirming the same at a press meet this evening, Nag revealed the reason why the film’s team had broken the deal with Netflix. He said that the decision to skip theatrical release and opt for a direct Netflix premiere was taken in November. “But looking at the success of Krack in January and Uppena in February, we became confident about Wild Dog’s theatrical success and we pulled ourselves out of the Netflix deal,” Nag said, further requesting everyone to forget that Wild Dog is an OTT film. Nag also revealed that the film’s theatrical trailer will be out on March 10th.