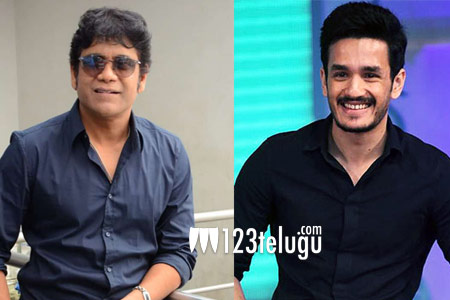 It is all but confirmed that Malayalam superstar Mammootty will play an important supporting role in Akhil Akkineni’s upcoming project, Agent. The project hit the floors yesterday and it is riding high on buzz already, thanks to Akhil’s stunning physical transformation for his role in the film.

If reports are to be believed, Nagarjuna played a key role in bringing Mammootty on-board for Agent.

Apparently, Nagarjuna was the one who got in touch with Mammootty and persuaded him to sign the project. With Mammootty’s addition, Agent’s canvas and market got a whole lot bigger.

Agent is the costliest project in Akhil’s career and the stakes are high on the Surender Reddy directorial.