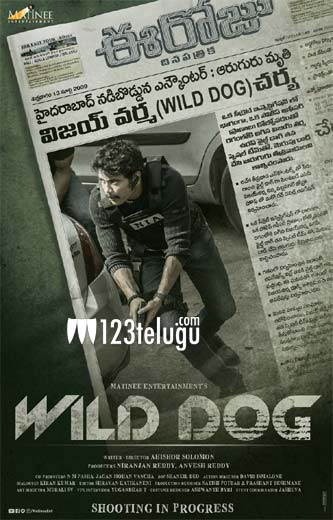 By now, everyone knows that Nagarjuna is doing a film in the direction of debutante Solomon. The film is titled Wild Dog and has now completed its first schedule in Hyderabad and the makers have officially announced it today.

The team has come up with an interesting first look poster which is very different and is immediately reminiscent of the recent Disha encounter. Nagarjuna’s character is interestingly revealed as an NIA officer through a newspaper report forming the main theme of the poster.

This production venture of Matinee headed by Niranjan Reddy and Anvesh Reddy has dialogues penned by Kiran Kumar and Shaneil Deo is overseeing cinematography.