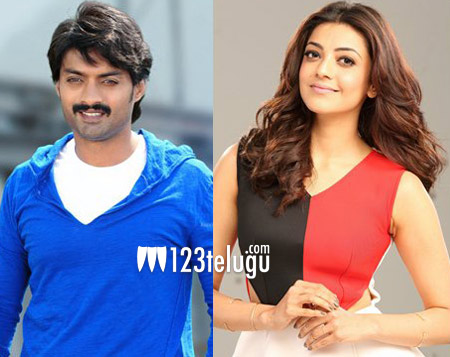 It’s official. The makers of Nandamuri Kalyanram’s next film, Manchi Lakshanalunna Abbayi (MLA), have finally roped in the gorgeous beauty Kajal Aggarwal as the film’s leading lady. Kajal, as we had reported a couple of weeks ago, was in talks with the film’s unit since a long time.

Incidentally, Kajal’s first film, Laksmi Kalyanam, starred Kalyanram as her hero and it’s the second time the pair of teaming up with each other after exactly a decade. More details about Kajal’s role will be revealed soon.

MLA will be directed by debutant Upendra Madhav and produced by produced by Bharath Chowdary and Kiran Kumar Reddy. The regular shooting will kick-start from the 9th of this month.