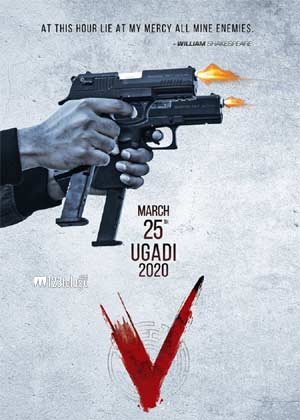 The makers of Nani’s silver jubilee film, V, today officially announced that the film will be hitting theaters on March 25th, as a Ugadi treat. A striking poster which announced the release date also has a quote by famous English playwright William Shakespeare.

Tweeting the poster, Nani, who has been mostly acting in light-hearted family entertainers over the years, assured his fans that he will give “solid violence” with V. Interestingly, Nani will be seen in a negative role in the movie.