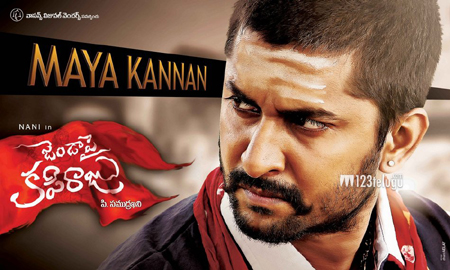 The Nani and Amala Paul starrer ‘Jenda Pai Kapiraju’ has found a new release date. According to the latest update, producers are planning to release this film on November 28. This film is said to be based on a true incident and Nani is playing dual roles in this action drama.

Samuthirakani is directing the film and K S Srinivasan is producing the film under Vasan Visual Ventures banner. Sarath Kumar and Vennela Kishore are playing other prominent roles in this film, while GV Prakash scores the music.