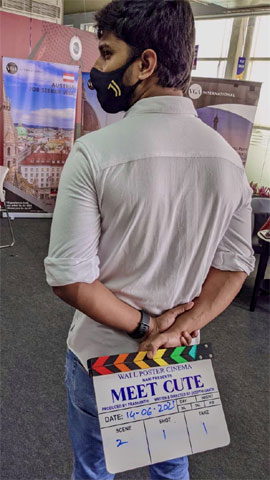 Nani is a top star and there is no doubt about that. He also produces films on his banner Wall Poster Cinema and gave a hit film called HIT that Vishwak Sen in the lead.

Today, he surprised many as she announced a film called MEET CUTE with a lady director called Deepthi. This is Nani’s fourth production in his banner which is also owned by Prashanthi.

The stars who will work in this film have been kept in suspense. As of now, Nani is busy with multiple films like Tuck Jagadish and Shyam Singa Roy