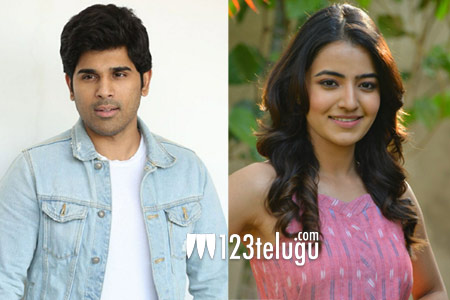 Rukshar Dhillon, who was last seen in Nani’s Krishnarjuna Yuddham, has been finalised as the lead actress in Allu Sirish’s upcoming film ABCD, if the latest reports are anything to go by. Directed by newcomer Sanjeev, the film is a remake of a popular Malayalam film of the same name.

After making her debut in Aakatayi, Rukshar got noticed for her role as a city-bred girl who falls in love with a villager, played by Nani, in Krishnarjuna Yuddham, and the makers of ABCD were reportedly quite impressed with her performance. The film is expected to go on floors soon.

Madhura Sreedhar is producing the film. Kannada music director Judah Sandhy will be scoring music for this film. More details are awaited.