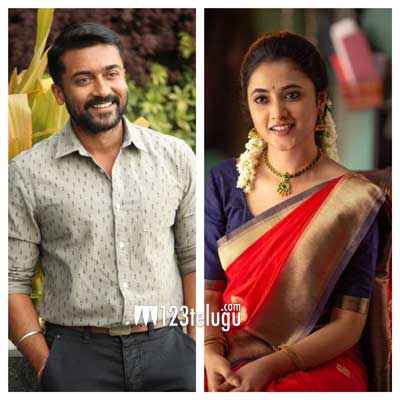 A film in the combination of Tamil star Suriya and sensable director Pandiraj is in news for the past few months. As per the Kollywood sources, the film will go on floors from next month.

Meanwhile, the latest news is that young starlet Priyanka Mohan, who was seen as the female lead in Nani’s Gang Leader is in talks for the heroine’ss role in Suriya’s film. Sun Pictures banner is going to bankroll the film.

This as-yet-untitled film has D Imman as the music composer.