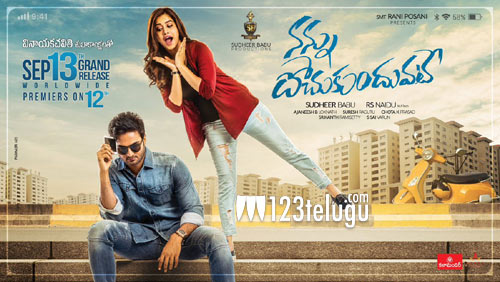 We all know that young hero, Sudheer Babu recently started a banner called Sudheer Babu Productions and the first film that will be coming out from it will be Nannu Dochukunduvate.

The teaser of the film which released recently has got a good response from all over. The news now is that the film will release on the 13th of September as Vinayaka Chaviti special.

Nabha Natesh plays the female lead in this film which is being directed by debutante RS Naidu.