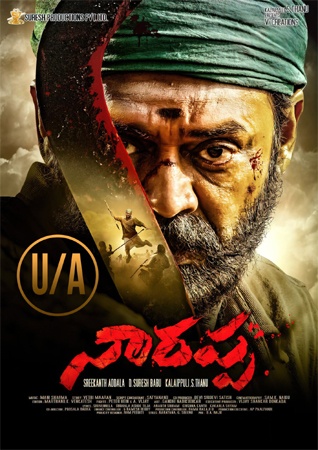 It is a known fact that Venkatesh is doing a film called Narappa in the direction of Sreekanth Addala. The film is the official remake of Tamil hit Asuran and Suresh Productions is the banner behind it.

The latest update is that the unit has wrapped up the entire post production formalities and sent the film for its censors. The film has received an U/A and is now ready for a release.

The official release date will be out soon. Priyamani plays the female lead in this film which has Rajeev Kanakala in a mature role.