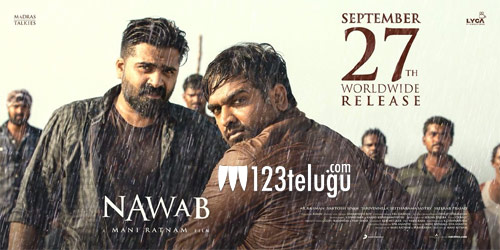 Nawab’s trailer showcases the bloody conflict between three warring brothers who are eyeing their father’s power and legacy, with a corrupt cop, essayed by Vijay Sethupathi, playing a crucial role in the feud. Aravind Swamy, Simbu and Arun Vijay are the rivaling brothers in the story.