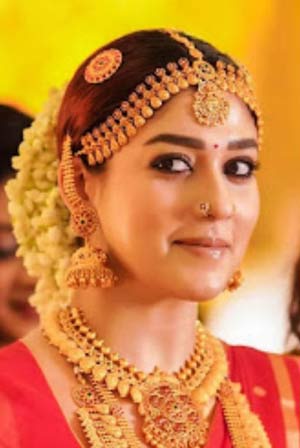 Whatever Nayanthara does becomes a huge sensation. Her film, Ammoru Talli is getting decent feedback from the audience. Nayan played a goddess in the film which was directed by R J Balaji.

The star heroine in news yet again. Some pictures of Nayan in a bridal avatar have gone viral and many media outlets predicted that she got married in a secret ceremony to boyfriend Vignesh Shivan.

But the actual news is that these images of Nayan are from the latest Ad shoot for a Sari store in Chennai. These pics have really created confusion for many but the fact of the matter is that Nayan is in no hurry to marry and is happy with her live-in relationship.