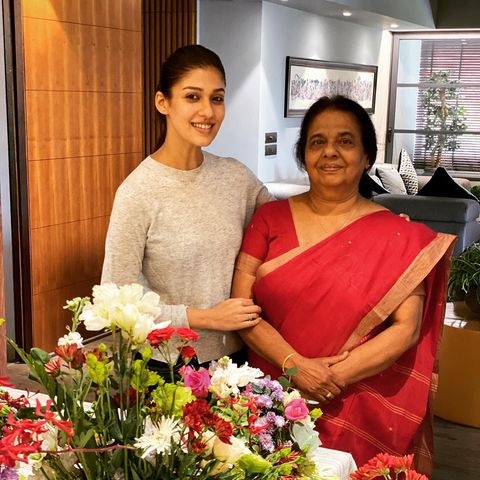 Hrre is star heroine Nayanthara posing along with her mother Omana Kurian and beau Vignesh Shivan. The lovebirds landed at her hometown in Kerala and celebrated Nayan’s mother’s birthday. Both Nayan and Vighnesh can be seen proudly flashing their engagement rings in the picture.

On the film front, Nayan and Vighnesh are currently working on the Tamil romantic entertainer, Kaathu Vaakula Rendu Kaadhal. Vignesh Shivan is directing the film, which also features Vijay Sethupathi and Samantha as the main leads. The shooting is nearing completion. Nayan and Vighnesh are production the movie under Rowdy Pictures in association with Lalit Kumar.