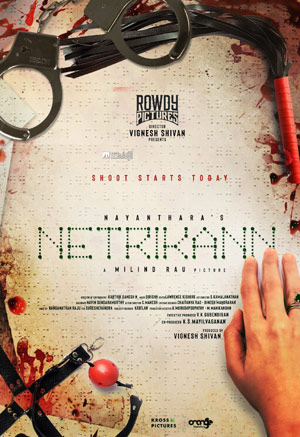 The makers of star heroine Nayanthara’s 65th film, Netrikann, kick-started the shooting formalities this morning in Chennai. The film’s first look posters hint that it’s going to be a never before seen thriller with a bold concept.