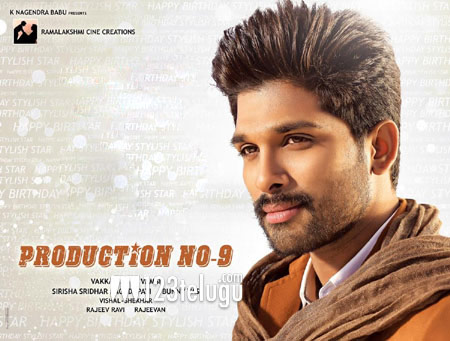 We had already reported that Allu Arjun’s new film with Vakkantam Vamsi will be launched on the 14th of this month. The latest we hear is that a small pooja ceremony will be held at 8.30 am in Hyderabad and the official title of the film will also be announced at the same time.

As Bunny was quite impressed with Vamsi’s script he decided to work with the newcomer like him. The film is touted to be a bit high on patriotism and will feature a top heroine opposite Bunny.

The makers are planning to take the film on floors very soon and will release the film during the Sankranthi season of 2018.