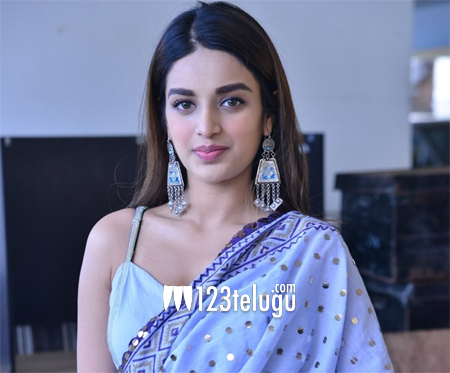 Post the success of Ismart Shankar, Niddhi Agerwal is going great guns and is getting some offers. She made her Tamil debut with the Jayam Ravi film that is a village drama.

The latest we hear is that Niddhi is in talks for a film with none other than Simbu. The film is a rom-com and might be directed by Suseetharan. If this project is fixed for Niddhi, she will get a good following as Simbu is a huge star.

As of now, Niddhi is doing a film that will have Ashok Galla making his debut as a hero. Let’s hope that she gets this big Tamil project.